Can you blame me?

Maybe you don’t feel this way.  Maybe you’ve never felt this way.  But, for me,  there sure are a good number of days I wished I could return to a time when the biggest source of anxiety was from coming home with grass stains on my pants.   I’d take a toothbrush, detergent and elbow grease of the past over a job search, uncertainty and rejection of the present.

Now, before Clarence appears, talking to me about the pitfalls of never being born; or a Dickensian trio of spirits show up when the clock strikes ready to take me on an ALN retrospective — I have to be clear:  I love being Husband, Father, Brother, Friend, Acquaintance, and guy who writes an occasional blog.  That said, there’s nothing wrong with wanting to hit rewind and stay there a bit.

So, why the big trip down Nostalgia Avenue?

I’m a sucker for moments.  A sap for an image.  This weekend, and so far, every Saturday for the last four weeks, our son has been involved in Small Fry baseball.  The uniforms, the massive batting helmets, the way every little pair of hands need batting gloves — it just gets me.  Watching as the ball travels from bat to infielder, to infielder, to infielder to outfielder in one pull of the pinball hammer is priceless.  It’s comical, heartbreaking, and inspiring every at-bat.

My Pride and my prejudice.

In the third inning, a solidly hit ball ricocheted off the third baseman’s chin.  He went from his squatting defensive stance to simply standing up and looking away from anyone.  The ball sat spinning in the dirt.  He went from player to kid-trying-not-to-cry with one hop of the ball.

My son hit that ball.  Oblivious to the hop, skip and smack, he ran as hard as he could to first.  He was safe.  I was proud..

The third basemen took in on the chin.  He was okay.  Not sure he did, in fact, shed a tear, but I know this — fourth inning, a harder hit ball sought him out and tested his resilience, he smothered it, threw to first.

The runner was out.  I was proud — didn’t know the kid, but was proud.

That was nice to see.  A bit of a growth spurt separated by three outs.

Amen, Ernie.  Get hit in the mouth, and look for the next ball.  Always look for that next play, that next inning, hope for another game.   If a six-year-old can do it, I better adjust my cup and get back out there.  Send old Ratloz to the bench.  Pocket the twenty-five cents and… 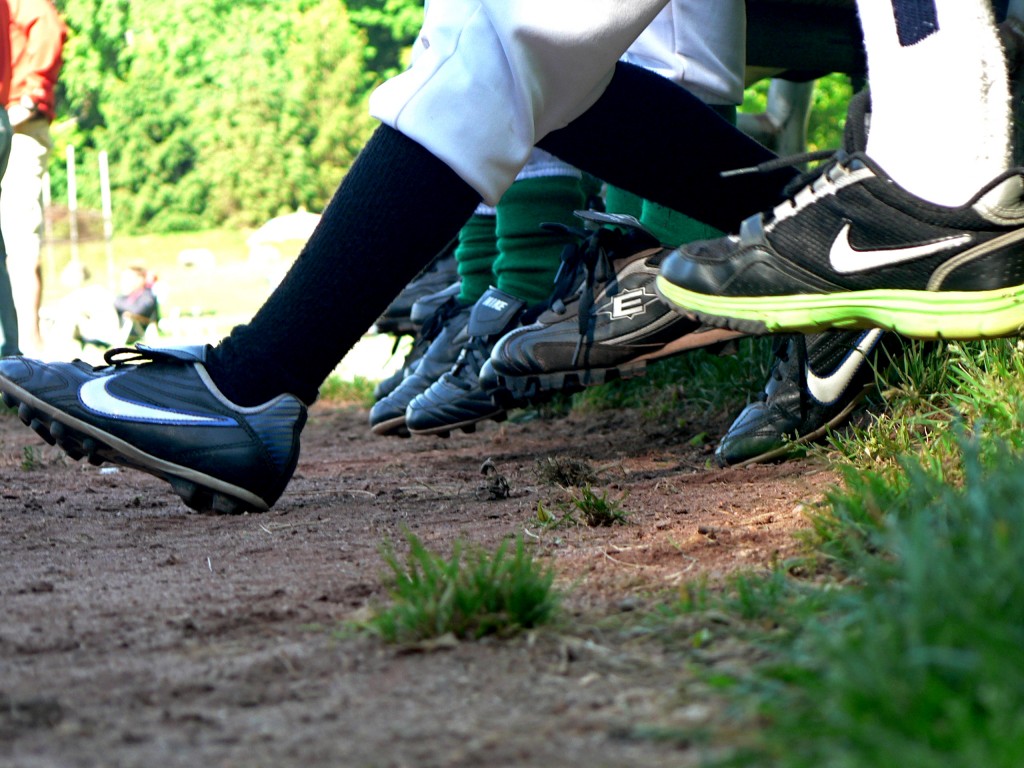